A NOTE FROM LIZ 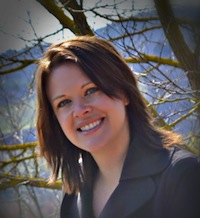 There are some people who believe rural America’s best days are behind us. They say it’s only a matter of time before our communities and our small town way of life die out completely.

I think those people need to get out a little bit more.

Here in Gilliam County, I see a new dawn for our communities; one marked by revitalization, growth, ingenuity, and economic prosperity. And it’s because of this belief – the belief that our best days are still to come – that I am running for Gilliam County Judge.

As you may know, I grew up in Condon; the fifth generation of my family to call Gilliam County home. In 2011, after earning a Master’s Degree in Legislative Affairs from The George Washington University and working nearly a decade in public service in Salem and Washington, DC, I returned home to start a communications strategy and project consulting business. Over the last six years, I have worked on projects to spur economic development, facilitate access to affordable high-speed internet, build a new Child Care and Early Education Center, protect Waste Management’s Metro contract, and promote tourism here in Gilliam County.

Prior to returning home, I spent five years working as a senior staff member and communications advisor in the United States Congress. During my tenure on Capitol Hill, my role was to understand and communicate with the public about complex policies, proposed legislation and, most importantly, their impact on everyday citizens’ lives. I dealt with issues as varied as unemployment rates, renewable energy, veterans healthcare, agricultural subsidies, transportation, and trade policy. Often in the same day.

These experiences, coupled with my extensive knowledge of the legislative process and background working with government agencies on the local, state and federal level have prepared me to be an effective advocate and policy-maker for Gilliam County.

I’m asking for your vote on November 6th.

Together, we can bring the change needed to move Gilliam County forward.

Setting a Vision for Gilliam County

To reach our full potential, the County Court must be focused on creating an environment that fosters smart economic growth and long-term prosperity. I believe strategic investments in roads, education, housing, and high-speed internet not only improve quality of life for current residents, but also set the stage for enticing new businesses to set up shop, young professionals to telecommute, and alumni and their families to return home.

To better meet the challenges and opportunities before us, our county government must be as effective as possible. That’s why I support reforms to improve communication with the County Commissioners and the public, boost morale at the Courthouse, and begin a community conversation about our current government structure and common sense ways to improve it.

Public engagement is the cornerstone of a healthy democracy, and I believe the County Court has a responsibility to encourage it in Gilliam County. A few simple, cost-effective steps we can take are: posting meeting packets and draft meeting minutes online as soon as they are prepared, providing public comment opportunities during County Court meetings, and conducting meetings in ways that encourage engagement.

“On the Gilliam County ballot, two candidates have stepped up to contest the candidacy of incumbent Judge Steve Shaffer. Of the three candidates, our pick is Elizabeth Farrar. She is a fifth generation native of Condon, a CHS graduate, a graduate of George Washington University with a Master’s Degree in Legislative Affairs and with 10 years of public service in Salem and Washington, D.C. She has developed a demanding career in communications and project consulting which has served a host of local entities well over the past seven years and has proven successful in her work with local, regional, and state tourism and economic development endeavors. In doing so, she realizes the need to move forward with broadband infrastructure and the potential it has for the future of the county and region, and the continuing need to create housing and jobs for those increasingly affected by ‘urban fatique.’

“She is bright and perceptive, understands policy and procedure, public meeting protocol, the value of planning and setting policy for an efficient county government. She is an effective communicator, and an effective listener. We believe Elizabeth Farrar’s drive, intelligence, training and experience in the nuances of policy making will serve Gilliam County well.”

Want to join the team and help bring change to Gilliam County?

Here is how you can help:

1. Vote! Ballots will arrive in local mailboxes in mid-October and are due back by 8pm on November 6, 2018.

2. Talk to 5 friends about why it’s time for a change in Gilliam County this election.